Native Advertising: What it is, Why it Works, & How to Implement It

Traditional advertising methods have become less effective. We’ve become so accustomed to them that we ignore ads that stand apart from content. The problem is that many platforms, such as websites and magazines, need advertisements in order to remain in business.

To help with this, they’ve adjusted how advertisements are presented. Many of the world’s largest platforms have moved to native advertising. In this article, we’ll look at native advertising, see why it works, and learn how to implement it.

What is Native Advertising?

Native advertising is a type of paid content where the ad experience fits naturally with the user experience of where it’s placed. In other words, it looks like the normal type of content that you’d expect to see on any given platform. It’s a way of monetizing a content feed.

In movies and television, we’ll see actors using the products or have the products sitting in the background. They’ve even gone as far as demonstrating how a feature works in a Toyota Prius or a Microsoft Surface. This isn’t just sponsorship, like a commercial, it’s part of the show itself.

Let’s look at a few examples. 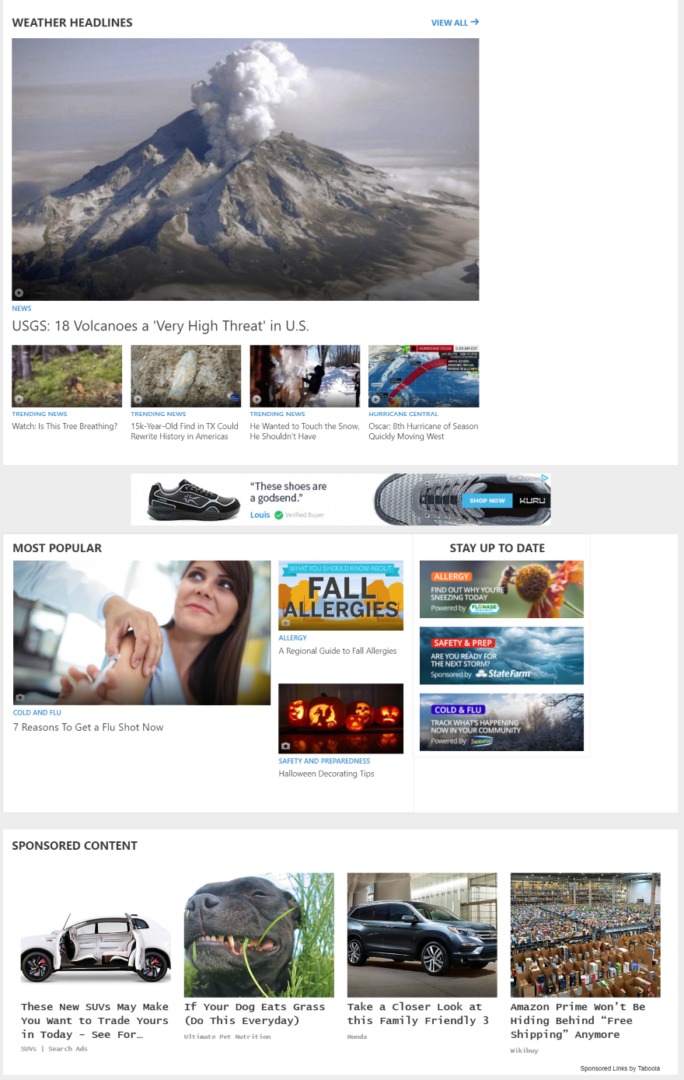 Here’s an example from weather.com. Sponsored content is placed at the bottom of an article, under a section that shows the most popular content, and looks as if it were part of the website’s content. 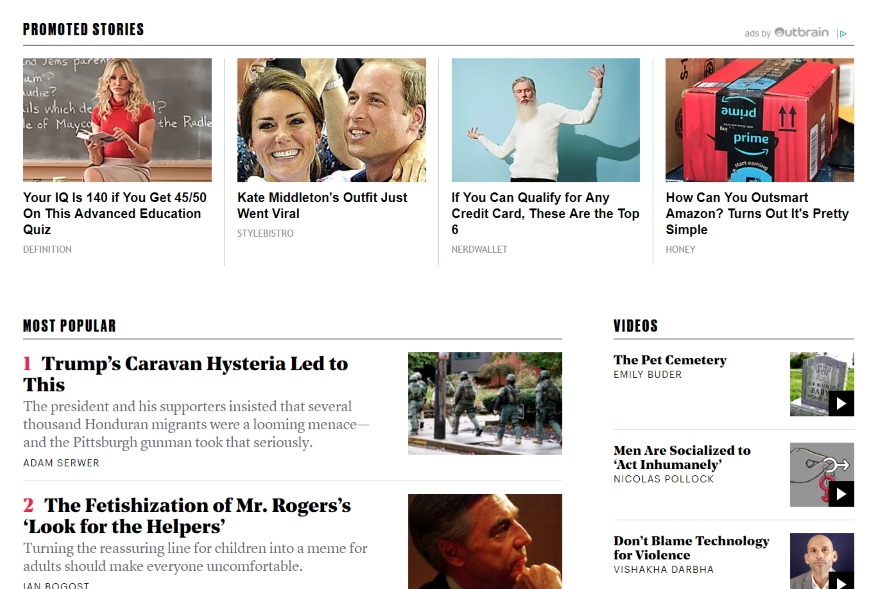 The Atlantic handles promoted stories in the same way, but this time it’s placed above the most popular content. When you click on a promoted story you’re taken to another website. 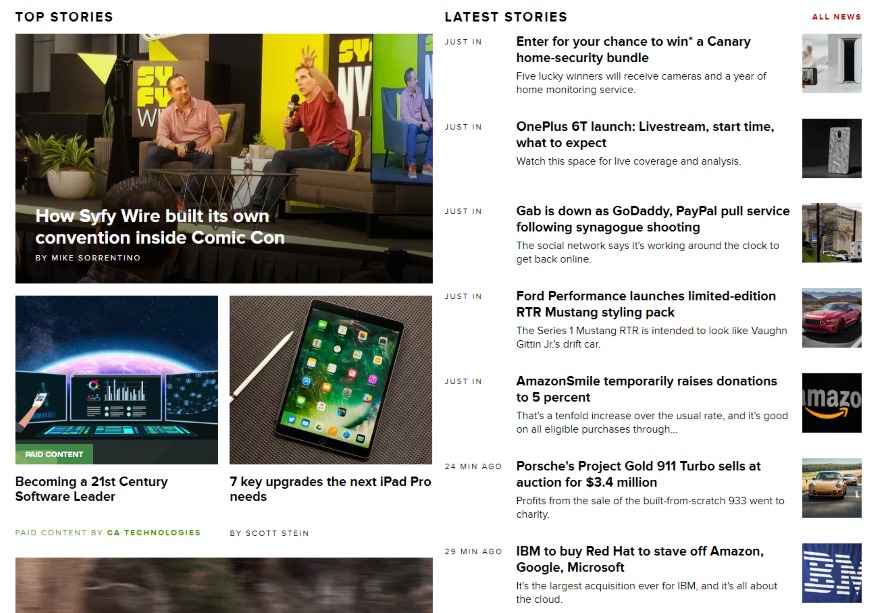 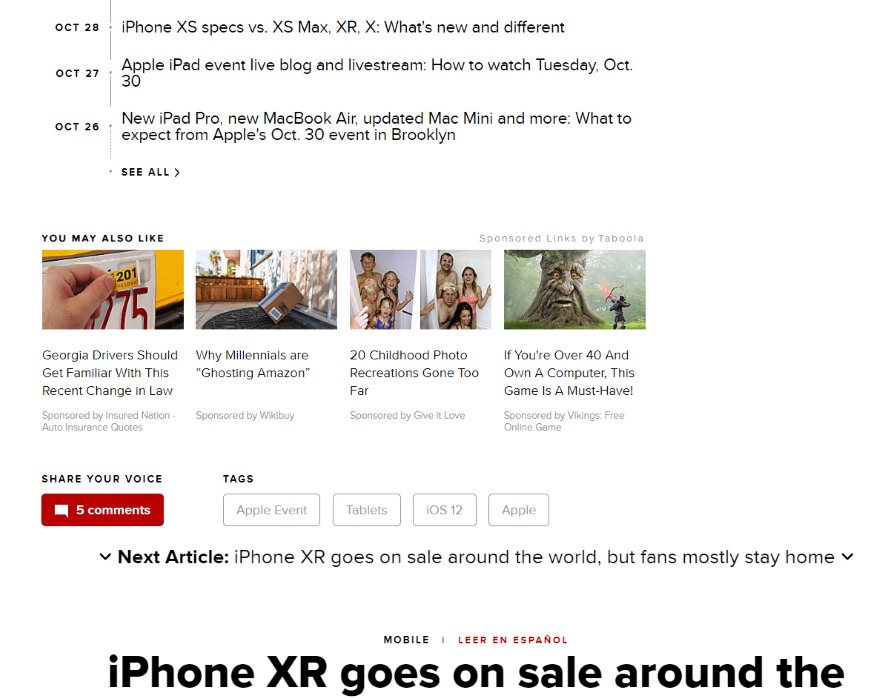 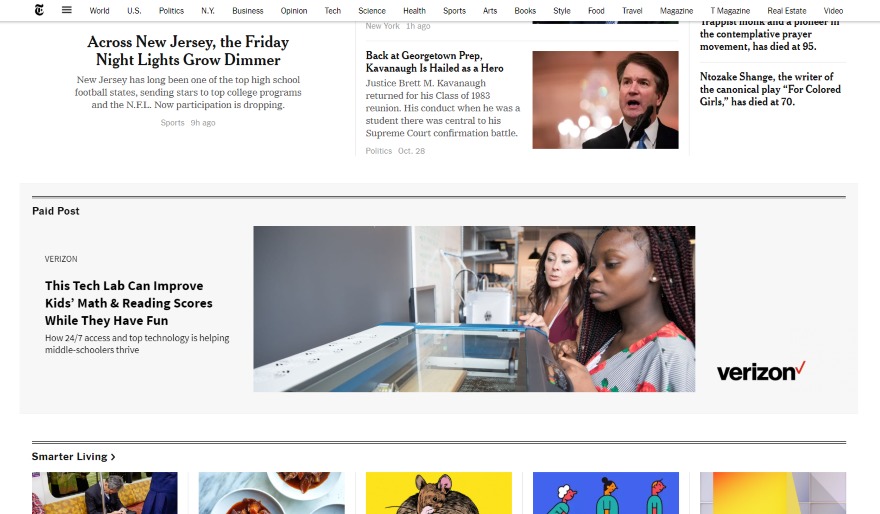 Here’s the article itself. It looks exactly like The New York Times content. This type of branded article also appears in printed magazines and newspapers.

In search engines, the native ad is placed at the top of the search results so that it looks like one of the results. It’s marked as an ad, but that doesn’t stand out and it’s likely that the first result will get the click because it’s probably what was searched for.

The main reason native advertising works is because they don’t look like ads. They look like normal content. It’s non-disruptive and we don’t automatically ignore it. It doesn’t shout “I’m an ad. Ignore me!” Another reason is that they’re made to look interesting.

The standard types of advertising often get ignored. We’ve seen so many banner ads that we have ad-fatigue. We’ve stopped noticing them. When we know something is an ad we can become blind to it. We stop looking at sidebars, popups, advertising sections of magazines, and even the ads on videos.

Native advertising looks and acts like normal content. It’s integrated into the content feed rather than standing apart. Readers don’t have a reason to ignore it. As long as the content is relevant and interesting consumers want to engage with the ads even though they know they are ads.

How to Implement Native Advertising

The FTC (Federal Trade Commission) and the IAB (Interactive Advertising Bureau) have regulations in place that would identify advertisements as paid content so consumers are not deceived. Although native ads integrate into your content they still need to be easily identifiable as advertisements.

The trick is to find the balance between the ad looking like content while remaining identifiable as an ad. This can be accomplished through labels, buttons, icons, etc. as we saw in the examples above.

With programmatic native advertising, the Supply Side Platform (SSP) sends bid requests when a user visits a website. The Demand Side Platform (DSP) then bids for the ad on behalf of the advertiser. The SSP then selects the winning bid and configures the native ad using a template for the website or app.

Programmatic native advertising increases conversions because the ads are better targeted to the consumer. Fortunately, WordPress has many tools and resources to help implement this type of native advertising.

Resources and Tools for WordPress Users

Here’s a look at a few tools for the web in general and a few that are specific to WordPress. 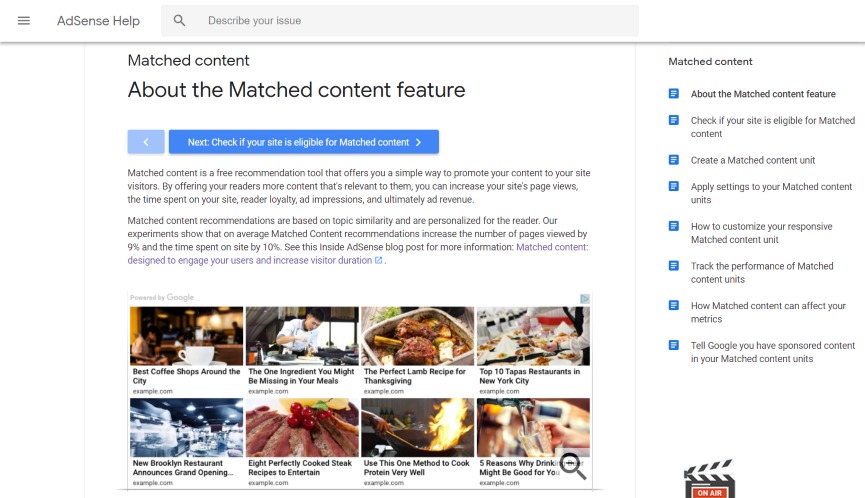 Ad Inserter is a WordPress plugin that displays ads in optimal positions on your website. It supports multiple types of ads and allows you to insert code anywhere on the page. The code includes header scripts, AMP ads, opt-in forms, HTML, PHP, JavaScript, CSS, and more.

Advanced Ads is an ad manager plugin for WordPress that lets you create and display unlimited ad units, and rotate them, schedule them, and set an expiration for them. Target ads based on content and user groups. An add-on lets you sale ad-space on your website.

Taboola is a content network that’s designed to promote high-quality content. Place sponsored content and sponsored video within your website, apps, newsletters, etc. You can personalize the user experience. The platform includes lots of help and resources including blogs, e-books, webinars, etc.

Outbrain is an advertising platform that creates personalized feeds for your website. It includes editorial, sponsored, and partner content. You have full control over the content that displays. You can shape traffic and displays ads based on lookalike audiences. It includes advanced reporting features.

AdSanity is an ad management system for WordPress that lets you place self-hosted and network ads on your WordPress website. It’s a lightweight ad rotator plugin with lots of publishing and display options. It also keeps statistics on clicks and views.

If those don’t work for you, here are a few more:

Even though ads in sidebars and on other places within websites have become less effective, you can still successfully implement ads on your website by utilizing native advertising. Native advertising looks like normal content and can capture your reader’s attention, but at the same time it identifies itself as an ad so they can ignore it if they want. Native ads are seen rather than ignored, which is exactly what you want for ads on your website.

We want to hear from you. Do you use native advertising? Let us know about your experience in the comments.

The post Native Advertising: What it is, Why it Works, & How to Implement It appeared first on Elegant Themes Blog.