This article is part of our “Guide to Freelancing series” – consisting of guides and tips to help you becoming a better self-employed. Click here to read more from this series.

It’s a dream of many seasoned and aspiring freelancers to reel in a big client. However, sometimes that good dream, once it becomes a reality, can turn into a nightmare. Freelancers who bid on a Request For Proposal (RFP), may not have evaluated properly how much it takes to get the job done (and still turn a profit in the process).

Have you ever come across a project bid so low that you wonder if the bidder actually needs money to survive? It can be so easy to lower your bid in the hopes of scoring a client (and sticking it to your competition).

However, the problem is that some freelancers don’t really know what their breakeven point is, and they become lost in the emotions of competition. It’s really a lose-lose situation when you think about it. So to avoid falling into that trap, there are 4 simple concepts you need to objectively evaluate before bidding on a project.

Recommended Reading: Freelancers: How To Raise Your Rates

Knowing the costs associated with your services is a good start. For a freelancer, one should understand what fixed costs are. Simply put, these are costs that don’t change and are a one-time fixed expense. For email marketers, it could be an annual subscription to excellent newsletter templates or useful business apps for your iPad. 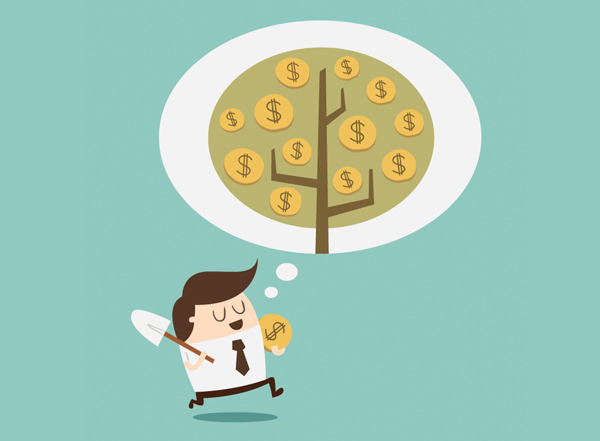 You can also include what you want to pay yourself. Yes! The money you want to make, after all other costs, can be included as a fixed cost. What is realistic, is up to you. Some freelancers like to pay themselves $1 million, adding it to their fixed costs.

Variable costs are costs that change. Factoring variable costs into your bid, for a large project, is very important to make clear.

Let’s jump right into an example: for a social media freelancer, using HootSuite can be the content management system (CMS) of choice. Keep in mind, that for every account added to help manage social media assets, there is an additional cost. These costs can spiral out of control if you don’t evaluate how they are influenced.

Consider Darth Vader. In making the Death Star, he had large fixed costs and needed to know how they will be covered. His contribution margin tells how much money goes toward covering those fixed costs, after variable costs are taken care of. 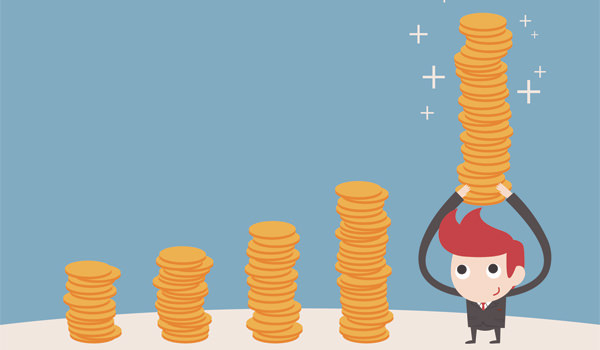 Recall what you wanted to pay yourself can be added to your fixed costs? Your contribution margin shows how much money goes towards meeting that goal. To get the contribution margin, subtract your total variable costs from the expected revenue from the project.

Take the example of an email-marketing freelancer who designs custom mass mail campaigns. The variable costs can be $0.15 per campaign and the money charged per campaign will provide $50.00 in revenue.

The breakeven point shows the least of what you need to produce, in paid work, to keep a roof over your head. This lets you know how competitive you are against other freelancers, and will help you to adjust your bid to stand a better chance of getting the job.

If you are not happy after looking at your breakeven point, look at what costs can be cut or optimized. If both fixed and variable costs are properly evaluated, the breakeven point will be pinpoint accurate.

What do I want to bid on an RFP project which is asking for a proposal bid on 15 custom-designed mass mail campaigns? If I normally charge $50 per campaign, I need to know how many custom mass mail campaigns I need to sell to breakeven. Once determined, I can choose to lower or increase my bid.

Here’s how I crunch the numbers:

Since I only need 13 campaigns or clients to breakeven, I can bid $50 per campaign for the requested 15 custom designed mass mail campaigns. The numbers now are:

Alternatively, I can try and make a more competitive bid to get a new client and increase my chances of getting hired for the project. I can charge $43.48 for each of the 15 campaigns and breakeven at $650 on the first project, in the hope of repeated business in the long term.

Project bidding on RFPs is a way of life for freelancers. Being able to compete in the long run is important to your survival. Therefore, understanding your fixed costs, variable costs, and breakeven point brings more power to you.

Editor’s note: This post is written by Mark Mikhail for Hongkiat.com. Mark Mikhail is an MBA & MScIB graduate, co-founder of Dark Soil (non-profit), and marketing & advertising enthusiast. His passion for multimedia, strategic marketing, and food make a dangerous combo! You can find him on LinkedIn and Twitter.

The post Guide to Calculating Breakeven Point for Freelancers appeared first on Hongkiat.