An Introduction to WooCommerce for Android

If you run an online store, it stands to reason you want to stay on top of everything that goes on with it. Using WooCommerce lets you monitor sales, shipments, and revenue at all times. However, to do that, you need to access it from a computer.

All that hassle is soon to be in the past, though, as the folks behind WooCommerce are testing a new app that will enable you to manage your store from your smartphone. In this article, we’ll check out what the WooCommerce Android app has to offer. Then we’ll tell you how to get your hands on it, and share our thoughts about its functionality.

An Introduction to WooCommerce for Android

If you want to create an online store using WordPress, then WooCommerce is the obvious choice. The plugin has been around since 2011, and has since grown to become the most popular eCommerce plugin. This success ultimately led to Automattic acquiring the plugin in 2015.

Fast forward seven years and WooCommerce has over 51 million downloads to its name. To put that into perspective, the official WooCommerce plugin site claims the plugin powers over 30% of all online stores.

Suffice to say, we’re big fans of WooCommerce. Over the years, we’ve talked a lot about how to use WooCommerce both on its own and alongside Divi. However, one aspect that’s been missing for a while is a mobile companion app that could help you manage your WooCommerce store on the go.

For years now, users have been asking for a WooCommerce app, and now we’ve finally got one. In fact, the beta versions of the WooCommerce app for Android is already available to test. Unfortunately, iOS users will have to wait a little longer, as that version of the app is currently in development but has not been released for public beta testing yet.

In any case, the WooCommerce Android app is completely free and includes a lot of useful features. For instance, it enables you to view and manage any orders made on your store, as well as track its performance. The app also claims that you can receive notifications about new purchases and product reviews.

Over the next sections, we’re going to take a closer look at the WooCommerce Android app. Keep in mind, though – the app is still in early beta. As such, you should be prepared for some rough edges and potentially unstable performance. We’re most likely going to see many changes to the app before it launches, so bear that in mind if you try it out right now.

A Quick Look at the WooCommerce for Android App

Let’s now jump right into looking at what the WooCommerce Android app has to offer. Later on, we’ll show you how you can take the app for a spin yourself, but before that, we’re going to show you what you can actually do with it.

The first thing you’ll see when you launch the WooCommerce Android app is a prompt to connect to your store using Jetpack:

For our tests, we went ahead and set up a WooCommerce store as well as the Jetpack plugin. When you try to log into your store using the app, it’ll give you the option to send you a link you can use to log on instantly:

After you click the link, the app will ask you to confirm your store’s data:

Clicking on Continue will open the WooCommerce Android app’s dashboard. Right now, our test store doesn’t have any orders, so here’s what we see: 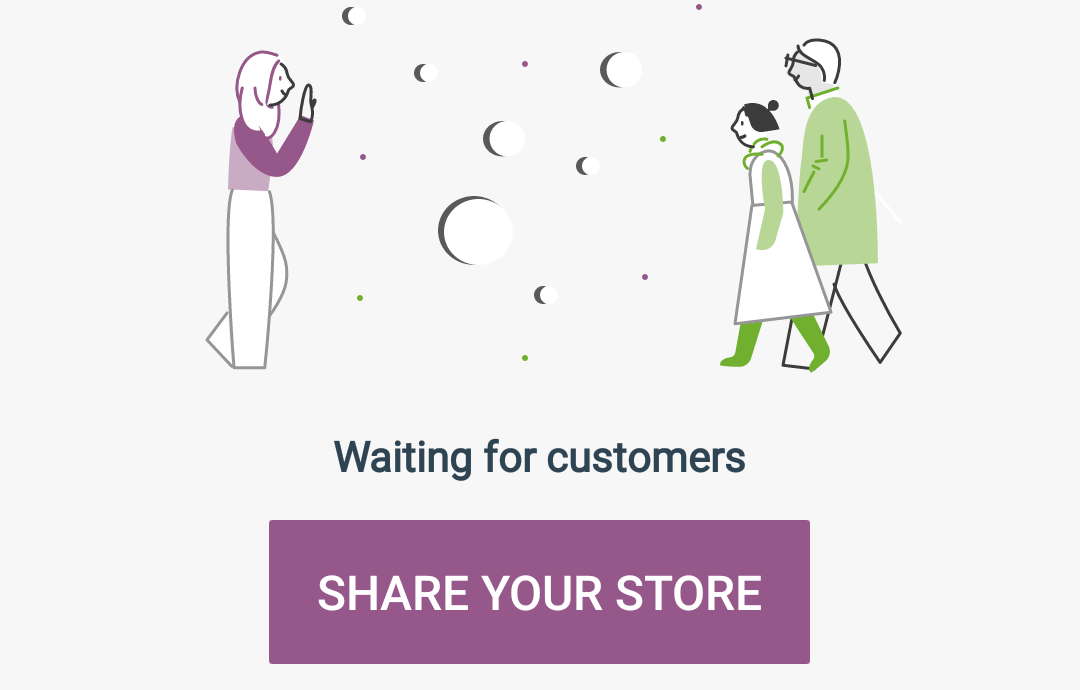 To check out the app in action, we went ahead and created some test orders via the desktop dashboard. As soon as we created our first order, the WooCommerce Android app updated automatically: 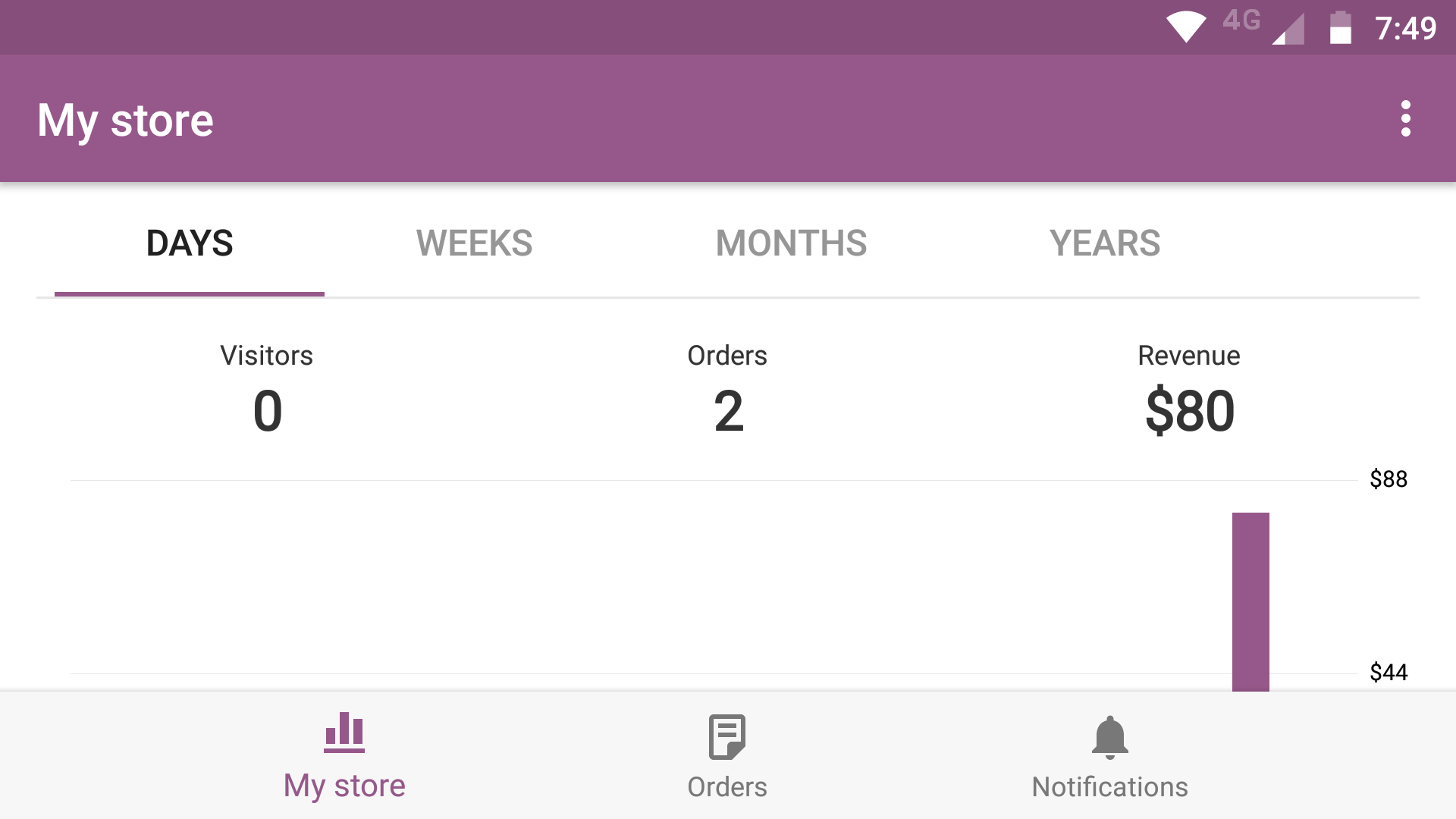 If you scroll down further, you’ll see a list of Top performers, which are your most popular products. Right now, this only includes a single item: 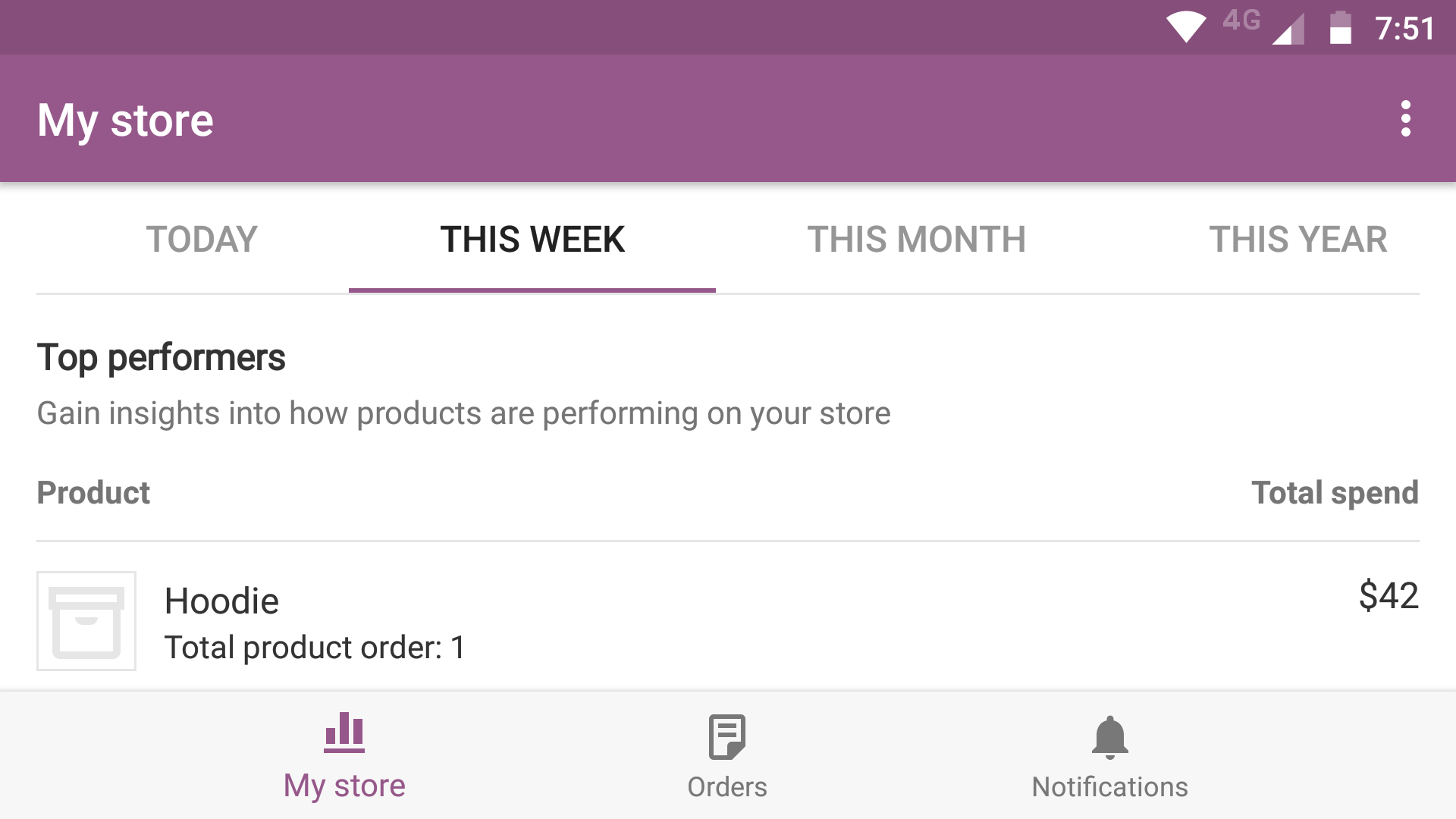 After our first order showed up on the app, we came across two issues. First off, notifications aren’t available on the app yet, even though its description on the Google Play Store mentions them explicitly:

Secondly, we also set up an order pending payment, which didn’t show up on our stats. That makes some sense since including orders pending payment might clutter up your dashboard. However, new orders show up on the WooCommerce Android dashboard as soon as they hit the processing stage.

For this example, we created an order and set its status to Processing. If it were real, that would mean we’d need to fulfill it, so the app will tell you there’s an order that needs your attention:

If you press the View Order button, you’ll see a list of all orders you need to fulfill and their details. Choosing an individual order will give you the option to fulfill it right away:

On the next screen, you’ll be able to mark an order as Completed. Of course, you should only do this once you’ve shipped it:

Finally, if you open the app’s settings, you’ll be able to set the app’s primary store and log out by pressing a button: 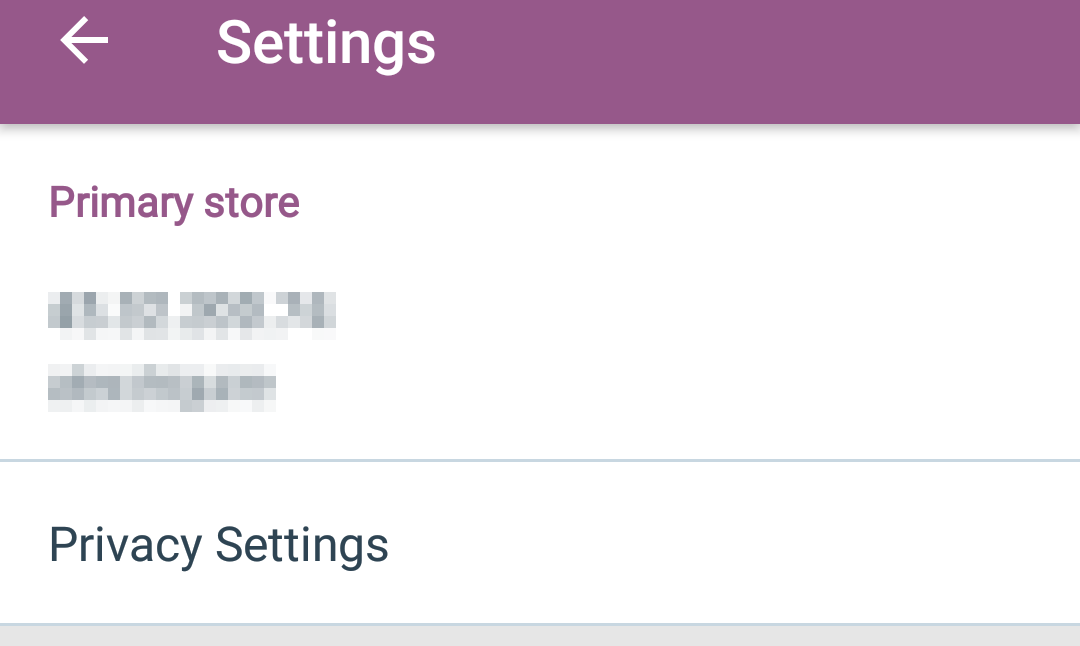 So far, that’s basically everything you can do with the WooCommerce Android app right now. At this stage, it’s very bare-bones in terms of features, such as the lack of notifications. That’s a bummer for now, but remember that the app is still an early beta version and we’re sure to see plenty of features added in future updates.

Ultimately, if you make a lot of sales through your WooCommerce store, the plugin’s official app can only make your life easier. Plus, by testing it out now you can actively help out with its development. Let’s see how you can do that!

How to Opt Into the WooCommerce Android App Beta Test

Since the WooCommerce Android app is still in very early stages, you need to apply to its beta program before you can try it out yourself. Fortunately, the application process is quick and simple. All you have to do is visit this link and sign in with your Google account to opt in: 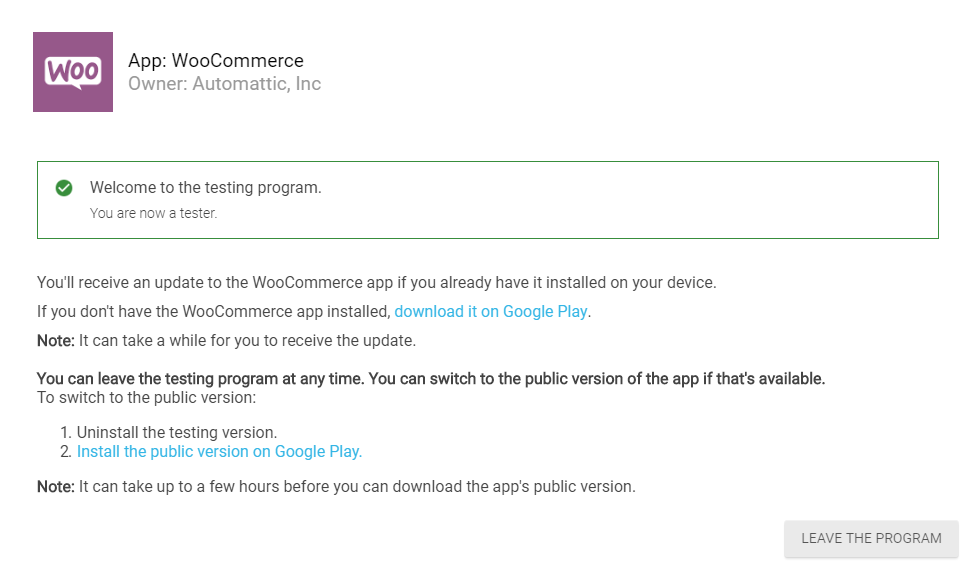 Once you’re in the program, you will get the option to visit the app’s official page, where you can download it to your Android device. Remember, you will need to have the Jetpack plugin active on your site for the WooCommerce Android app to work. Otherwise, you won’t be able to connect the app to your store. Aside from that, the setup process couldn’t be more straightforward!

With the WooCommerce Android app, you’ll be able to monitor your store’s performance on the go. During our tests, we found the app easy to use and with some good features. However, it’s still an early beta app, so at the moment it’s lacking when it comes to functionality and stability. Even so, we can expect more from future updates and what’s already there is promising!

Do you have any questions about how to use the WooCommerce Android app? Let’s talk about them in the comments section below!

The post An Introduction to WooCommerce for Android appeared first on Elegant Themes Blog.